What is Project Connect? Project Connect is a $7.1 billion plan that ultimately promises to deliver a widespread network of rail and bus lines that will connect riders to transit across the city, from Northwest Austin to Austin Bergstrom International Airport, including two underground train stops downtown. In order for this to be passed, registered voters had to vote on Proposition A, which calls for an 8.75-cent increase per $100 valuation to the city’s property tax rate. This increase would result in around a 4 percent increase to the total bill, which would go toward a high-capacity transit system known as Project Connect. On November 3rd, Proposition A was passed with 59 percent of the vote, a huge win for Capital Metro and city of Austin officials. Mayor Steve Adler thanked younger voters and new residents for their support of the bill, stating on Twitter “I’m proud to live in a city that is looking to its future — one not satisfied with the status quo… Austin is pushing to be more sustainable, equitable and affordable in new and innovative ways.” 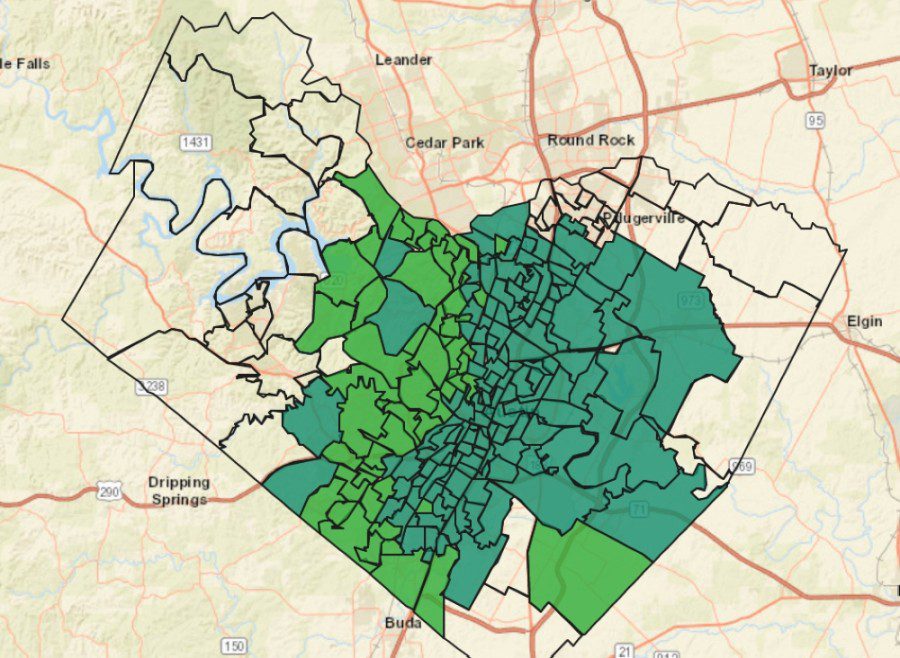 The majority of Project Connect’s cost—about $5.8 billion of the $7.1 billion—will go to two new light rail lines and a multi-level downtown tunnel station, separating trains from street level. While the existing Red Line and a potential future Green Line could service the station above ground, the Blue and Gold train lines would run underground. The Blue Line will go from the airport through downtown and up North Lamar, alongside the Orange Line, which will run north-south from the North Lamar Boulevard area to South Congress Avenue. View the full plan adopted by Capital Metro here.

So how do transportation systems affect real estate? Urban transit systems play a fundamental role for the social and economic development of large urban areas, as well as significantly affecting the quality of life in such areas. Mobility and accessibility are two important factors that influence everyday life, social inclusion, and the competitiveness of firms and commercial operators. Furthermore, transportation systems can affect property values in two key ways: positively, via the increased accessibility that they provide, and negatively, due to the negative externalities associated with being close to them. Generally, the increased accessibility is a public benefit, while a relatively few property owners bear the negative impacts. As a result, decisions regarding where to locate new systems and/or expansions to existing systems are controversial, particularly because of the difficulty involved in balancing the public benefits with the externality costs borne by those few property owners. Some research studies have shown a positive correlation between the availability of transit systems (nearby) and property values, especially with respect to high-quality systems. Other studies have shown that transit systems can also negatively affect real estate values by producing noise, pollution, crime, and, in the case of properties located directly in their path, via stigma. These factors, both positive and negative, capitalize into the value of homes in the same matter that extra bathrooms, pools, and/or desirable locations do.

It will be interesting to see how Project Connect affects real estate in Austin; we hope to see the transit system affect the market positively; and we look forward to reporting further on what’s happening in the city in regards to this project.

Hindawi: The Impact of Urban Transit Systems on Property Values: A Model and Some Evidences from the City of Naples