Old West Austin is an Austin Neighborhood actually comprised of three separate, smaller neighborhoods: Old Enfield, Pemberton Heights, and Bryker Woods. The area was developed between 1886 and 1953, and each historic neighborhood has its’ own unique features. It is located in the 78703 zip code. 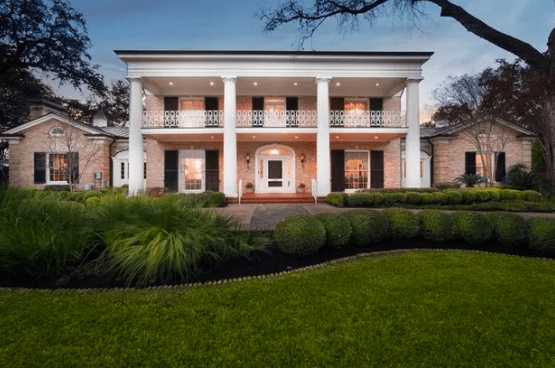 The neighborhood’s location was a prime selling point when homes started to go on the market there. In 1916, Governor Pease’s descendants started to subdivide his estate and build up the area now known as Enfield. When the first real estate agents began to market the homes, they sold the location by saying, “One is removed from the noises of the city, yet a 10-minute walk or three-minute drive brings him to the city’s business district.”

The architecture in Old West Austin varies from neighborhood to neighborhood, however, since they are so historic, the houses have a classic, older look.

There are grand two-story Colonial homes, Neo-Classical builds, and the occasional gothic mansions all surrounded by hundred-year-old trees. This contrasts from the bungalows or modern apartment buildings you’ll find in some other parts of the city. If you’re looking for an elegant home with a rich history for your family, this is a great location to choose.  Home size in the area ranges from 2,400 square feet to newer homes at 3,500.

There are many things to do for you and your family across the three neighborhoods. If you’re a golfer, check out the Lions Municipal Golf Course. It’s one of the most popular golf courses in the city, opened in 1924 by the Lions Club. Residents can join Westwood Country Club for community, dining, family activities, and sports. Close by is Red Bud Isle, which is one of Austin’s most popular destinations for anyone considering a day hike with their dogs.

Because this region is made up of three different neighborhoods, your choice of schools to send your children to will be determined by your neighborhood. Every student in this region is served by Austin ISD and will attend either Austin or Travis High school, both with strong reputations for accountability and high academic standards. Private schools in the area include Concordia Academy, the Redeemer City School, and the Rawson-Saunders School.

The median sales price for homes in Old West Austin is $1,212,500. Remember that home prices vary depending on your neighborhood, and the age, and size of the home. Looking to invest in this neighborhood? Talk to our experts who can help you choose the size, price, and location that’s best for you.